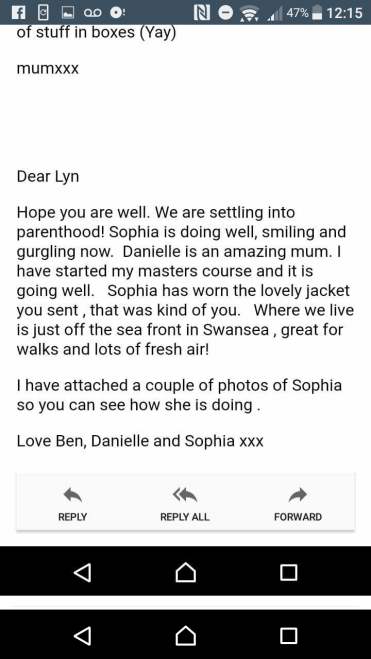 First and foremost I’d like to say that this post isn’t about my own mother in law as THANK God mine isn’t a physco she’s great and the best Nanny Oscar could have. . But can’t help but feel that there alot of posts about monster in laws that I cannot ignore so. . Here we go. Also this may not be an in-law could also be your own mother or even just a family member.

THE ‘know-it-all ‘ MOTHER-IN-LAW the one that refuses to believe that you might actually know your child’s wants and needs. And that she herself DEFINITELY knows better . That although your sure your babies just over-tired , mother in law knows full well its wind and proceeds to wind. .the overly tired baby (who will probably fall asleep being winded)

The ‘early weaner’ mother in law. The mother in law who’s definite that the baby’s bottles are NOT satisfying her and she definitely needs a rusk or baby rice .she’ll go to all ends of the earth to prove that your health visitor is lying about the digestive problems your child might have by early weaning including googling articles of ‘success stories from early weaning ‘  I. E the mums who now get a full night sleep.

The ott mother in law. This is one that really tickled me , the mother in law who sends pre-written emails to you about your life and your baby. . To forward on to family members . This is real. It’s hilarious . An email to give you a list of family members to forward the email’s she has wrote which you must attach ‘up to date picture of your child  ‘

The worst mother in law. The one that ignores all requests. She’s drunk and thinks waking your sleepy little baby to watch the banging fireworks in the freezing cold is a great idea. And no matter how many times you say no. She’s doing it anyway. No matter how many times you say she’s not dressed for the outside. She doesn’t care . Because she wants to do it anyway. And when you finally do get your half frozen slightly alcoholly smell child back. . She thinks your an evil bitch who’s being selfish.

The comparing mother in law. Oooh your babies not rolling as quick as such and suchs baby. So and so’s granddaughters nowhere near as pretty as ours was at birth. Well your cousin chloes son was eating full meals at a week old. You know. . . That old shit.

So there we are. That’s my list of monster in laws. Mothers. Grans. Aunts. Uncles. Half sisters cousins. Basically anyone who fits into those categories .

Published by The Dempsey diaries

Just a mother, telling you of my shit stories, trying too hard to make you laugh. View more posts